Campaign: Women in Leadership in the Edmund Rice Network 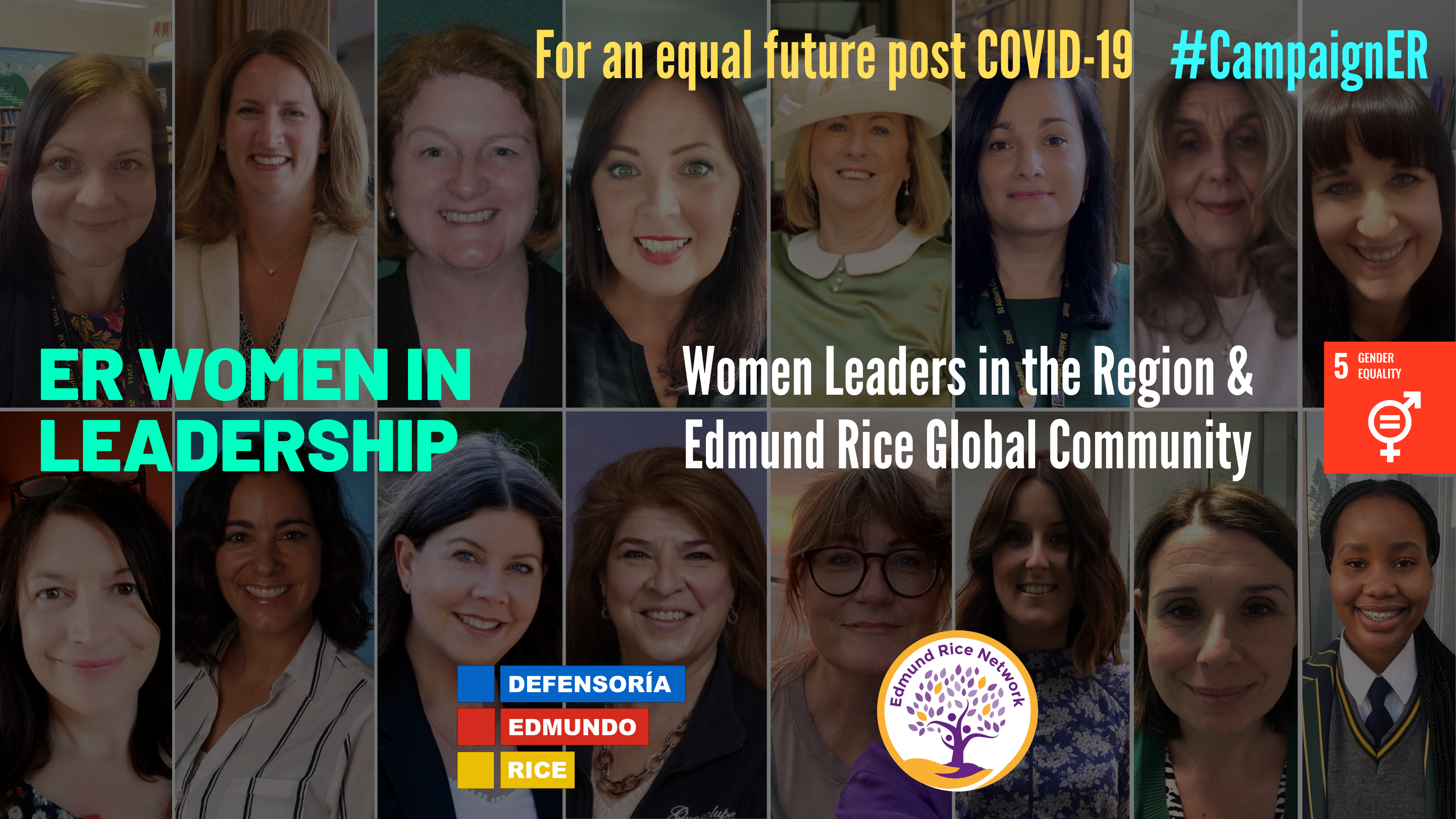 Monday 13th September sees the beginning of Women in Leadership, a global Edmund Rice Network advocacy campaign that will highlight and celebrate females and the work they do in our international Edmund Rice community and in support of Sustainable Development Goal 5 Gender equality.

This campaign will be shared through social media platforms used across the global Edmund Rice Network. Each day you will hear from many various female voices who occupy leadership roles in schools and in Edmund Rice ministries.

This campaign seeks to highlight the diverse nature of our Edmund Rice community which now includes many female educators, administrators, advocates and students.

This campaign was originally designed by Defensoría Edmundo Rice, the Edmund Rice advocacy office for Latin America, celebrating the women in leadership roles throughout the South American Edmund Rice Network. This was such an interesting and important project that it has been expanded to include all regions of the Edmund Rice network.

Over the last few months Edmund Rice England, The North American Network and Defensoría Edmundo Rice have been recruiting female participants from across the global Edmund Rice family to join in sharing their ideas about being a woman in leadership.

The response has been fantastic, with women from many different parts of the network, having varying roles, enthusiastically communicating with us their thoughts about leading as a woman in the current climate.

Defensoría Edmundo Rice is the Human Rights office in Latin America. Currently, we are a team of 10 staff. We are in charge of carrying out different activities to promote and advocate for the human rights in the four countries where the Congregation is present: Argentina, Bolivia, Peru and Uruguay.

This year, we were inspired by the United Nations’ slogan “Women leaders: for an equal future in the world of COVID-19”, on International Women’s Day (8th March), so we decided to organize the campaign “Women Leaders in the Region”. The goal of the campaign was to highlight the work of the women leaders of the different Educational Institutions that belong to the Edmund Rice Network in the Latin American.

The campaign highlighted the work and reflections of thirteen women, in leadership position, for two weeks. The reflections concentrated on the importance of the leadership role of women in the educational context during the Covid-19 pandemic. The reflections were shared through posts on on our social networks on Facebook and Instagram.

Undoubtedly, the campaign was a total success. There were many people who interacted with the publications through their comments and sharing the publications. We consider that the goal was achieved, and somehow we contributed to the advancement of the Sustainable Development Goal 5 on gender equality.

“Historically, women have been relegated to the private spaces, such as the home and child-rearing. This led to the beginning of our fight to take over public spaces. despite the great progress made to dat, the gap in our participation and leadership is still very wide. Today, we continue to fight to achieve the longed-for equality and for more women to lead in decision-making, which are aspects that are rightfully ours.”